The Emerald – Gemstone of Eternal Spring

The Emerald – Gemstone of Eternal Spring

The Emerald is the most popular and desired stone of the Beryl group, and the world’s most valuable precious gemstone. In ancient times the green emerald has been representative of new beginnings and rebirth.
Today, emerald is symbol of renewal and springtime, and is believed to bring fortune and luck to those who wear it. Also, emerald symbolizes honesty and fidelity making this gem the perfect choice for celebrating the 20th, 35th or 55th Wedding Anniversary.

The name emerald derives from Greek smaragdos, which means “green stone”, and in ancient times, referred not only to emeralds but also to most green stones. However, another version says, the name emerald finds its root in a Sanskrit word, marakata, meaning the green of growing things.

Emerald derives its beautiful green colour from the presence of chromium and vanadium colouring agents. Due to its distinctive coolour shade emerald has long been associated to nature mimicking the green colour of fresh spring grass, plants and leaves.

Emeralds have been mined and fascinated people since thousands of years. The oldest known deposits are in Egypt near the Red Sea, and are known as Cleopatra’s emerald mines, and then the Alps and Habachtal in Austria, but these mines are exploited now or only produce collector stones. Habachtal gems are so rare and can only be encountered in antique or art jewellery. However, most emeralds used in historical jewellery were from Cleopatra’s mines in Egypt, which now yield only poor-quality emeralds.

Another old emerald mine is in Afghanistan, Pakistan and in Colombia. Colombia is still the most productive and most important source of the world’s emeralds today. Another big producer of emeralds is Brazil, especially in the state of Minas Gerais with a consistent source of emeralds since about the 1970s. Other emerald producing counties are Russia where they are from the Ural Mountains and also Zambia & Zimbabwe. Zimbabwean emeralds are interesting because they have very high geological age as they are about 2.6 billion years old and these emeralds are among the oldest gemstones of the world.

But still today new emerald deposits are found. A new discovery of emeralds from Ethiopia is the next big thing. Since the deposit’s discovery in 2015, mining activity of these highly desirable emeralds is increasing and growing.

THE INNER WORLD OF EMERALD

The Inner world of emerald is quite fascinating and is often referred to as “jardin” describing its numerous different inclusions.

“Jardin” is a special term to romantically describe highly included emeralds as emeralds are rarely flawless and tend to have more inclusion that other gemstones. A lot of these inclusions are actually fine fissures which healed during the ongoing growth of the emerald while still being underground. Those fissures can easily be described and compared to blades of grass, branches of trees or maybe even seaweed.

Emerald gemstones, due to their brittle nature and numerous internal fractures are routinely oiled and resin-filled, in order to hide flaws, reduce the appearance of their internal imperfections and also enhance colour, quality and durability.

Emerald is rated “fair to good” for everyday wear with care. Avoid exposure to heat, contact with chemicals, and protect from scratches and harsh blows. To clean, gently scrub with a soft toothbrush and a solution of mild dish soap and warm water.
Ultrasonic: Risky
Steamer: Never use
Heat: Very Poor – should never be heated
Harmful Chemicals: Hydrofluoric acid
Warm Soapy Water: Safe

Happy May! Celebrate the luscious greens of the month’s birthstone with our Emeralds from different source countries or explore our wide selection of Emerald gemstones we have in stock from around the world and find your perfect gem. 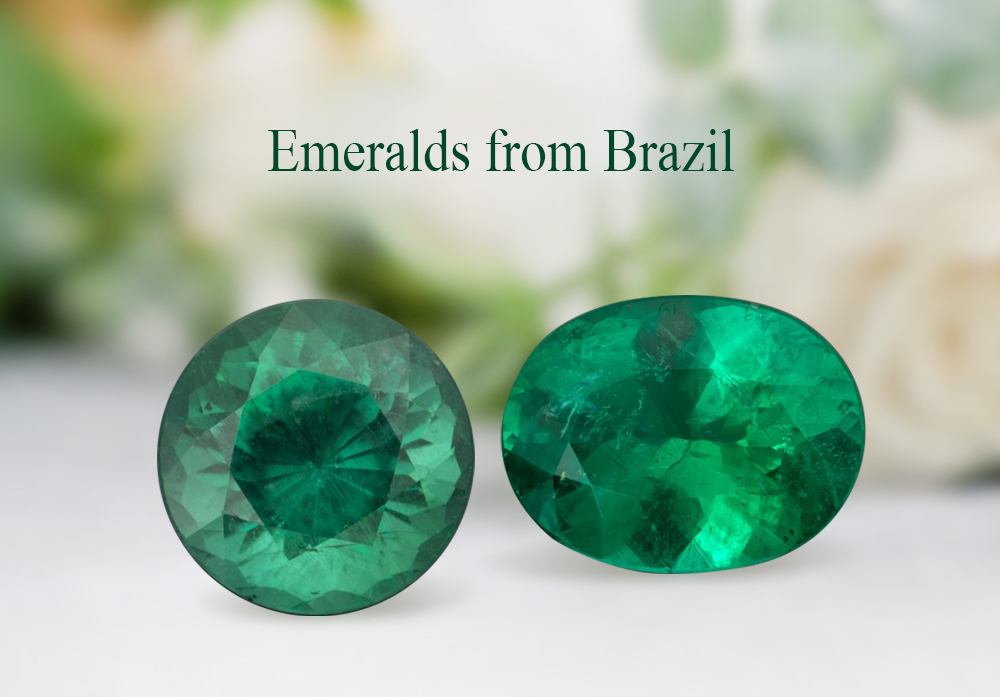 Octagon Genuine Emerald from Ethiopia
** Currently out of stock and is available on Special Request.

About the Author: Arsen Khachatryan